Who Is Winning The Climate War?

…and how would we know? 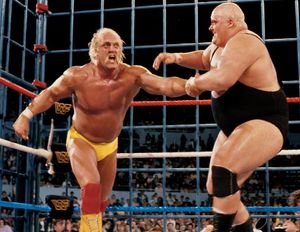 A majority of the public in most countries believes that man-made climate change is real and apparently would like their governments to do something about it.

According to a recent NY Times poll, 81% of Americans believe climate change is caused by human activity. That’s up from 72% in 2011.

Big win for the Consensus.

However, climate change does not appear to be a big concern for Americans, who placed it next to last on a list of issues they worry about.

Big win for the skeptics.

But looking at public opinion may not be the best way to judge winners and losers.

Australia and Canada have both walked back from strong commitments on emissions. But the UK has doubled down and wants to get greener even quicker.

However, those three countries amount to an asterisk for CO2 emissions and will be an even smaller asterisk in the future.

The top 5 CO2 emitting countries are China, the U.S., India, Russia and Japan. They account for 58% of current emissions and according to the U.S. Department of Energy, they will account for 61% of the much larger total of emissions expected in 2040. (The second five emitters account for about 10% of the total.)

Over at my other blog (3000 Quads–check it out) I have just analyzed the energy future for India and China and come to the sobering conclusion that despite their ambitious plans for green energy, hydro and nuclear, both countries will still be very dependent on coal–almost as dependent in 2040 as they are today.

China’s dependency on coal will drop–but only from 69% to 65%. The same is roughly true of India. And they’re building the coal plants to deliver it today, even if all the headlines are about dams they’re building and nuclear power plants coming on line.

So, at the end of the day, no matter who wins the debate, we’re all going to be losers. If the CO2 don’t get us, the pollution will.

2 responses to “Who Is Winning The Climate War?”