Will Political Hardball Settle the Climate Debate or Kill It?

News that the NY State Attorney General has subpoenaed records from Exxon should not be surprising. 2015 has seen calls from Raul Grijalva to investigate climate scientists who speak out against the consensus, a letter signed by Kevin Trenberth and many others calling for RICO investigations of skeptics and, just to show that both parties are the party of stupid, Lamar Smith’s own call for emails between scientists.

Exxon’s supposed crime is misleading shareholders about the threat to their business model posed by climate change.

As Shub Niggurath details over at his blog, much of this activity seems to be instigated by a group called The Climate Accountability Institute and includes well-known names like Naomi Oreskes,  which held a workshop that was an ‘exploratory, open-ended dialogue’ on the use of  ‘lessons from tobacco-related education, laws, and litigation to address climate change.’ One of the key recommendations of the workshop was State attorneys general can also subpoena documents, raising the possibility that a single sympathetic state attorney general might have substantial success in bringing key internal documents to light.

Persecuting–err, prosecuting Exxon under the 1921 Martin Act is interesting, as the NY Attorney General does not have to prove intent to deceive or even produce an injured party. New York State’s highest court ruled in 1926 that it covers “all deceitful practices contrary to the plain rules of common honesty.

Exxon began reporting to its shareholders on a cost per ton of CO2 in 2007 which they put at $60/ton at the time. They have since raised it to $80. I don’t know if the Martin Act is subject to a statute of limitations, but I suppose it doesn’t matter. If Exxon is guilty of this, probably everyone is.

When should they have started informing shareholders of the risks of climate change? The 70s, during the Global Cooling Scare? 1990, when the IPCC’s First Assessment Report declared that it was not yet possible to discern human influence on global warming? 2002, when Exxon very publicly gave Stanford University $100 million to study climate change, something very prominently featured in their annual report?

But this post isn’t about Exxon’s travails. They seem fated to suffer for their customers’ sins. We want their oil, although I suppose we’d be equally happy to guzzle the competitors’ products.

This is about political and legislative restraint on a scientific debate. Like previous debates about DDT and eugenics, not to mention on how many communists held responsible positions in American institutions in the 50s, the debate is not helped by political or legislative control. In the case of DDT, many argue today (despite vehement opposition) that people died of malaria who otherwise wouldn’t have because of the demonization of DDT.

As someone who wholeheartedly advocates the swift take-up of green energy, I hate to think of the entire initiative being tainted by the needless deaths of poor people in the developing world.

We need to have this debate and we need to conduct it without fear of prosecution and without the sideshows these political proceedings entail.

I oppose these political prosecutions on principle–they are abhorrent to believers of the rule of law and representative democracy. I also oppose them on grounds of efficacy–these prosecutions will delay the finding of appropriate answers to the important question of what we should do about climate change. 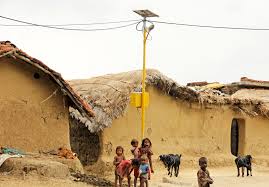 12 responses to “Will Political Hardball Settle the Climate Debate or Kill It?”