Which then brings us to the overwhelming question, what expectation of privacy should we all have with regards to our email correspondence?

I think we should have a presumptive right to privacy in personal communications of all types, including emails. (I believe for example that the NSA routinely violates these rights and I don’t think they should.)

Emails we write using company property (servers, computers, email programs) are a matter of contract between employer and employee and if that contract is freely entered into by both parties I think it’s fine for organizations to have the right to examine work emails.

But I don’t think that outside organizations should have the right to look at emails without a warrant. There should be a specific accusation of a specific crime and prima facie evidence justifying examination of those emails.

I therefore think that people like Raul Grijalva and Lamar Smith are doing both insult and injury to the American constitution and the rights of Americans when they go after scientists’ emails.

As I wrote in comments at Curry’s, “Want data? Yes. Want records? Yes.

My concern is inhibiting frank discussion and the exchange of ideas that might put the writer in a bad light if taken out of context.

I co-wrote a book on the Climategate emails. Once they were in the public domain there was no reason not to. However, I received the emails in advance and decided I would not publish them.

The signature example from this experience that I would give of the danger of this is the use skeptics made of ‘Hide the decline,’ where several (many?) skeptics cut the phrase and used it out of context to mean a decline in temperatures when it clearly was not.

In China I had ‘sensitive’ (from a business standpoint) discussions face to face at the request of people I met. Emails were presumed to be read as a matter of course. Telephone conversations were presumed to be tapped. As a foreigner I was advised that I would be a target for surveillance just on that basis. Do we want to be like China?

Do we want scientists self-editing their brainstorms, conjectures and opinions based on a fear that some day some one will do something that prompts a FOI request?

Doing so will negate many of the benefits the internet has brought us and will return influence to those in proximity to each other and sources of power, whether that power be over funding, publication or research directions.

I’m not afraid of Big Brother so much as I am of a never-ending procession of information requests trying to find fault with procedure or politically incorrect speech to harass those on the other side of the fence on any issue.

If there is prima facie evidence of wrong-doing, email correspondence can be subpoenad through existing due process. Let’s leave it at that. Unlike our hostess, I see no difference between Grijalva and Lamar Smith–in their potential effects on scientific conversation.”

I followed up with “The argument about what is covered by FOI and what is not is just a preview of coming distractions. No matter how it is worded, political opponents will always find a reason why this time it’s different and they should be able to look at their enemy’s emails.”

and, “Do we want people outside those organizations to have the ability to inhibit conversations between scientists and hinder the progress of research because at some point in the future someone may have a problem with something one of the scientists has said, written or done?

I argue that it is not in the best interests of either science or society for the answer to that question to be yes.” 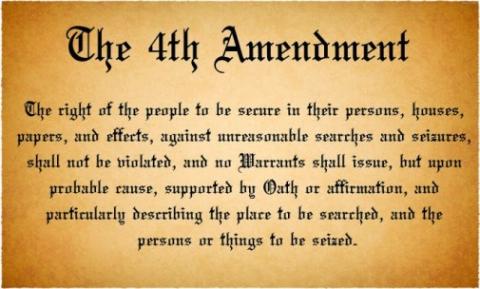