The Climate Threat to the U.S. Military

I’m not trying to compete with Fabius Maximus here, but with the spate of stories about the U.S. Department of Defence mandating a focus on climate change it seems to be something a vet can opine about.

Taking the obvious threats of sea level rise, rising temperatures and increased areas for vector-borne diseases (which in all wars prior to WWII killed more soldiers than any enemy), it is not clear to me that U.S. defence capabilities are threatened by the climate change that the IPCC forecasts–between 26 and 98 cm of sea level rise, 1.5-4C average temperature rises, increased spread of vector-borne diseases in limited areas of Africa, South Asia and South America.

The U.S. military has bases (oh, does it have bases–over 500 outside the U.S., almost 6,000 within) and some of them could be affected by climate change. It also has the U.S. Army Corps of Engineers, the Seabees and other units that could climate proof them quite quickly. The U.S. has more military bases than it needs and if it wanted to close a few it could start with those most at risk. Kwajalein, Diego Garcia, etc. I imagine they’ll want to hang on to Pearl Harbor, but we could let go of Gitmo.  As shown on the map above, most bases located outside America are well inland–think Ramstein, Incirlik, etc.

The ability of the U.S. military to project a credible deterrent force outside the U.S. relies primarily on its dozen carrier groups, the strategic bombing capabilities of its Air Force and its nuclear powered submarine fleet. They would not be affected by climate change.

A good part of U.S. naval capabilities are centered around littoral combat, landing troops on a beach safely and effectively. Again, these would not be affected by climate change even if the beach is a bit further inland.

Strategic and tactical planning both have always taken weather into account, the famous example being the careful forecasting required for D-Day in 1944. So too with navigational threats for both the Navy and Air Force. As climate change from a military standpoint is just slow weather, I don’t know how it would affect planning.

It is apparent that the major operational threat would consist of the mobility and effectiveness of ground-based troops operating in an offensive posture. If it’s hotter, troops are slower and less effective. The U.S. has a lot of recent practice operating in very hot climes, although the lack of humidity may have made it easier.

The Cadillac nature of the military as it is currently constituted weighs down our ground forces. They are asked to carry too much. Technology seems to be well on its way to resolving this, from robot sherpas to carry the load to exoskeletons that will strengthen the soldiers, to drones that will extend the eyes and ears of troops and are armed as well. It would seem possible–perhaps even probable–that the Army will be less vulnerable to climate conditions, rather than more so. 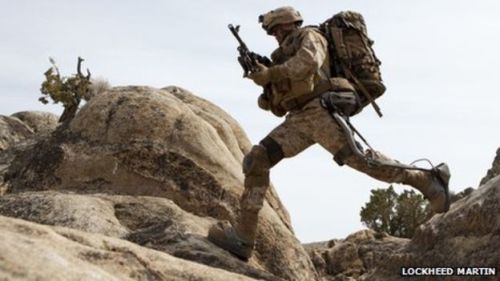 The strategic threat then seems to be that climate change will unsettle the world to such an extent that there will be more call for the armed forces to be used. Certainly some of the areas vulnerable to sea level rise, flooding and increased temperature and disease are poor, unstable and under authoritarian regimes. It is a possibility that planners should take into account. The famous example of the Syrian civil conflict preceded by drought will weigh on their minds, perhaps more heavily than it should.

Therefore I think that climate change is something that the Pentagon will use as a barometer for evaluating its support infrastructure–they own a lot of buildings that could go green–and its operating budget, looking at renewable energy to lower their fuel costs. And those are worthy things to do.

But I doubt if anybody in the military is actually losing sleep over climate change. 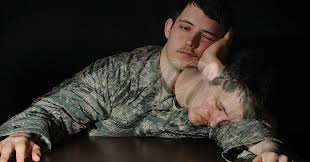 6 responses to “The Climate Threat to the U.S. Military”